The Gathering Table was commissioned by the 4W Women & Wellbeing Initiative in honor of the 150th anniversary of women graduating from the University of Wisconsin. It was designed and built by Sylvie Rosenthal, in consultation with 4W’s Olivia Dahlquist and Lori Diprete Brown, for the Hamel Library in UW-Madison’s Memorial Union. The table features the Cassiopeia constellation in its center, surrounded by women’s bodies, local prairie flowers, and the Three Sisters –maize, corn, and beans–cornerstones of the Native food system. It celebrates women’s work, care, and community and holds a physical space to reflect on these connections.

Thank you to Doris Weisberg for making the Gathering Table possible. 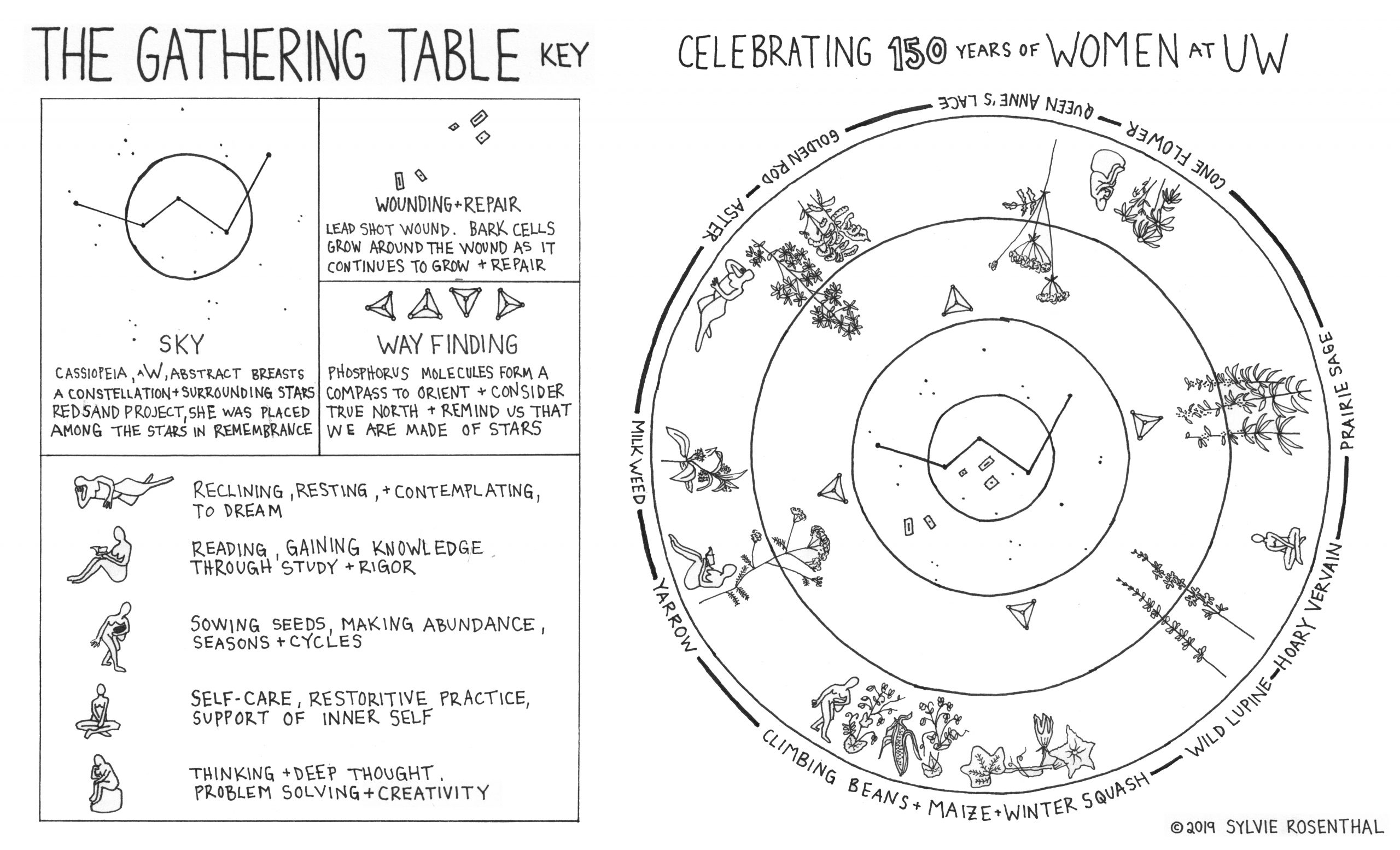 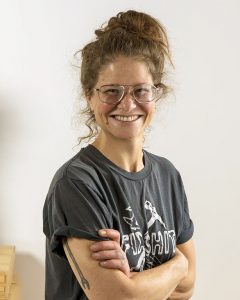 Sylvie Rosenthal started building at age six at an experimental design museum where she made circuses, catapults, rockets, and robots. She received her BFA from The Rochester Institute of Technology, Woodworking and Furniture Design Program in the School for American Crafts, built two houses from the ground up with her mentor Doug Sigler, and received her MFA in sculpture from the University of Wisconsin- Madison. Sylvie has been routinely invited as a visiting artist, teacher, and researcher to many schools including San Diego State University (CA), University of Wisconsin Whitewater and Madison (WI), Penland School of Crafts (NC),  Haystack Mountain School (ME), Anderson Ranch Arts Center (CO), Australia National University (Canberra, Australia) and Tainan National University of the Arts (Tainan, Taiwan R.O.C.). She has shown nationally at galleries and museums such as The Fuller Craft Museum (MA), The Mint Museum (NC), and the Museum of Art and Design (NYC). Currently, Sylvie maintains a studio practice making furniture on commission, production work for sale online, and sculpture dealing with the intersecting flight patterns of the histories of trade, the intentional and unintentional transplantations that come with it, hybridity, materiality, queer theory, and the natural world. Sylvie teaches woodworking and design thinking in many settings, such as university and college programs, craftschool workshops, and to children. She recently finished her service on the board of trustees of CERF+, the Artists’ Safety Net which helps artists build strong and resilient careers.