Due to a pressing work assignment, Carrie Johnson from NPR news can no longer join us on Friday, April 12 for the 4W Keynote. While we are disappointed about missing her talk, we are delighted to announce that Dr. Janet Shibley Hyde will be taking her place. Dr. Hyde is member of the 4W leadership circle, the Director of the Center for Research on Women and Gender at UW-Madison, and a renowned pioneer in the field of Women’s Psychology. 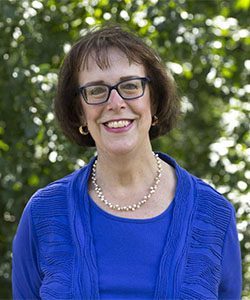 The view that humans comprise only two types of beings, women and men, a framework referred to as the “gender binary,” played a profound role in shaping the history of research in both psychology and neuroscience. In recent years, serious challenges to the gender binary have arisen from both academic research and social activism. This review describes five sets of research findings, spanning multiple disciplines, that fundamentally undermine the gender binary. These sources of evidence include: neuroscience research that refutes sexual dimorphism of the human brain; behavioral neuroendocrinology findings that challenge the notion of sexually dimorphic hormonal systems; psychological findings that highlight the similarities between men and women; psychological research on transgender and nonbinary individuals’ identities and experiences; and research from developmental psychology suggesting that the tendency to view gender/sex as a meaningful, binary category is culturally determined and could be changed. Costs associated with reliance on the gender binary and recommendations for future research, teaching, and clinical practice, are outlined.

Free and open to the public. Registration requested. Please click here to register for the entire conference.

Dr. Hyde’s research focuses on the areas of psychology of women and human sexuality.  One program of research has involved conducting meta-analyses of research on psychological gender differences.  Examples include meta-analyses of gender differences in depression and gender differences in mathematics performance.  Early meta-analyses led her to the publication of the Gender Similarities Hypothesis in 2005 (American Psychologist).  Another program of research has been the Wisconsin Study of Families and Work, a longitudinal study that collected data on more than 500 families from pregnancy with a child through the year when the child reached age 20.  Most recently, with collaborators, she published an article on challenges to the gender binary coming from multiple disciplines, including neuroscience and psychology (American Psychologist, 2019).  Dr. Hyde’s work has been recognized with numerous awards, including the Association for Psychological Science (APS) James McKeen Cattell Fellow Award, for lifetime achievements in psychological science; the Kinsey Award from the Society for the Scientific Study of Sexuality, for career contributions to sex research; and the Chancellor’s Distinguished Teaching Award from the University of Wisconsin—Madison.  She is an ISI Web of Science Highly Cited Researcher.